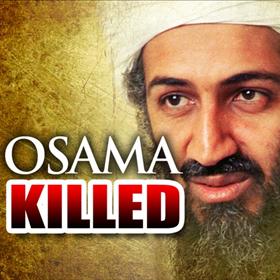 The announcement of the death of Osama bin Laden, killed during an operation of US Special forces in a compound in the city of Abottabad in Pakistan, has led to scenes of celebration and claims that “justice has been done.”

For Pax Christi International, the death of bin Laden is an occasion for deep reflection – on the past, present and future: can we make this moment a turning point towards peace and mutual understanding after a decade of violence and vengeance?

The Holy See spoke out briefly but well on the death of bin Laden: “Osama bin Laden, as we all know, bore the most serious responsibility for spreading divisions and hatred among populations, causing the deaths of innumerable people, and manipulating religions to this end,”… “In the face of a man’s death, a Christian never rejoices, but reflects on the serious responsibilities of each person before God and before men [sic], and hopes and works so that every event may be the occasion for the further growth of peace and not of hatred.”[1]

Pax Christi International agrees. Thousands of people of different religions and cultures have been killed by extremist networks influenced by bin Laden. Yet, the response, including arbitrary arrest, torture, indefinite detention and wars in Afghanistan/Pakistan and Iraq, has too often been inspired by vengeance, threatening our highest principles and deepest values. Hatred and division have spread. Hundreds of thousands of innocent lives have been lost.

We urge world leaders to break the spiral of violence and war. It is time to restore peace and build bridges between communities and religions throughout the world. We call for an end to the armed operations in Afghanistan and Pakistan and a new Afghanistan policy based on dialogue and support for human dignity and development, rather than military intervention. Let the passing of Osama bin Laden usher in a new moment of clarity and wisdom that the events of the last decade have so obscured.

We are very much inspired by the wording of Dr. Martin Luther King Jr.: “The ultimate weakness of violence is that it is a descending spiral, begetting the very thing it seeks to destroy. Instead of diminishing evil, it multiplies it. Through violence you may murder the liar, but you cannot murder the lie, nor establish the truth. Through violence you may murder the hater, but you do not murder hate. In fact, violence merely increases hate. So it goes. Returning violence for violence multiplies violence, adding deeper darkness to a night already devoid of stars. Darkness cannot drive out darkness; only light can do that.”[2]